On the second day of the INWA World Cup 2017 in Qinghai the competition was held in the city of Guide and the distance was 21 km. Competition categories were the same as on the 10 km in Ledu i.e. men and women under and over 39 years old. Number of the competitors was 220 from 18 countries and in addition there was a category for recreational Nordic Walkers and walkers. In this category there were over 1 000 participants.

Times of the winners of each category were:

Surface of the track was asphalt.

Overall arrangement in went very well and we are pleased to thank the organizers of the World Cup in Ledu and Guide for the good work. This was the last World Cup event of 2017 and INWA starts now collecting biddings for the 2018 World Cup competitions. 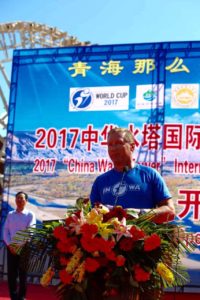 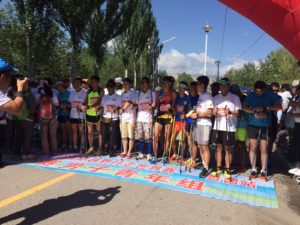 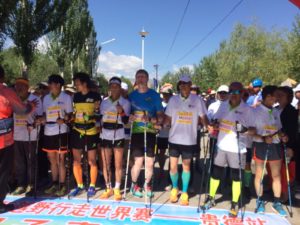